Super Excelsa, a rose that blooms in four seasons with vine roses

Even if you buy it because you want it, it may not be as beautiful as you expected, it may be weaker, or it may be difficult to maintain.

Among them, I’ve listed the 5 best roses that I’m glad I bought.
Of course, the recommendations will differ depending on the growing environment.

This time, we would like to introduce “Super Excelsa" which is the first rose of the 5 best and beautiful to grow.

I feel that German roses are strong.
The reliability of German roses is high.
Among them, Super Excelsa is one of the top 5 favorite roses.

What is Super Excelsa?

It’s about 150 cm long, so don’t stretch it too much.
It blooms for a long time in four seasons, so it is ideal for collaboration with a house.
In addition, it is strong in roses and does not get sick even if the drug is not used more than necessary.

Among the roses that have everything like this, Super Excelsa is a highly recommended rose.

Super Excelsa that is easy to grow and has a conspicuous pink color.

It is very noticeable when installed on a road or other place where people pass.

It is a lovely rose that keeps blooming for a long time and blooms pompoms.

A rose super excelsa that can’t be complained about.
Speaking of which, it needs a width of about 150 cm because it has a strong horizontal stretch.
If you don’t have enough space, choose a rose that grows small.

Difference between “Super Excelsa" and “Excelsa"

Basically, the same kind of roses have the following differences.

The fact that  Excelsa  only blooms in one season means that the branches use energy to grow, so they grow large.

Super Excelsa  blooms in four seasons. It’s not as good as Excelsa, but it’s enough because it stretches 150 cm.

I planted it in the ground immediately after purchasing it.

Actually, it seems better to plant it in a pot after the flowers are finished for a while.
However, I knew that Super Excelsa was strong, so I planted it that way. 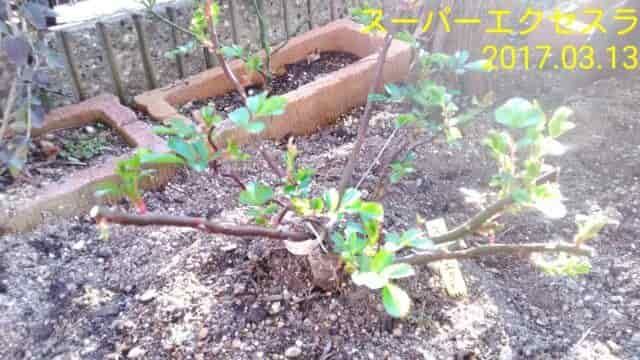 After a month, it grows fluffy. 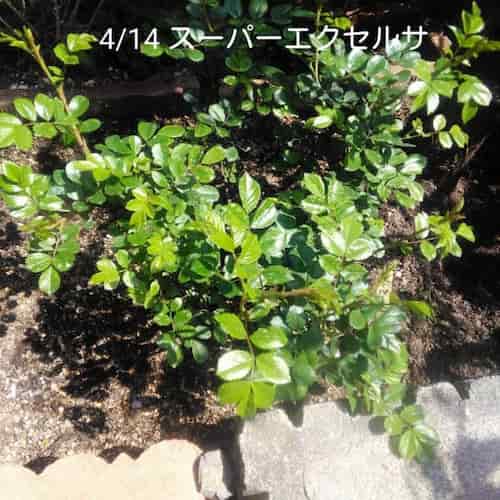 This is a photo one year later.
You’ve grown up brilliantly ~. The length is about 150 cm. 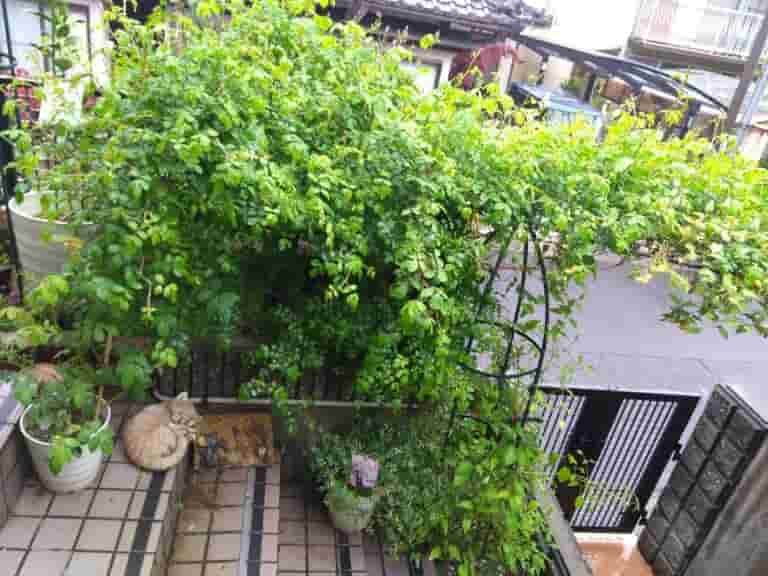 It is also a rose that hangs down a little, so if you want to make the most of its features, I think you may want to use it as a weeping standard.

There are many flowers in a bunch. 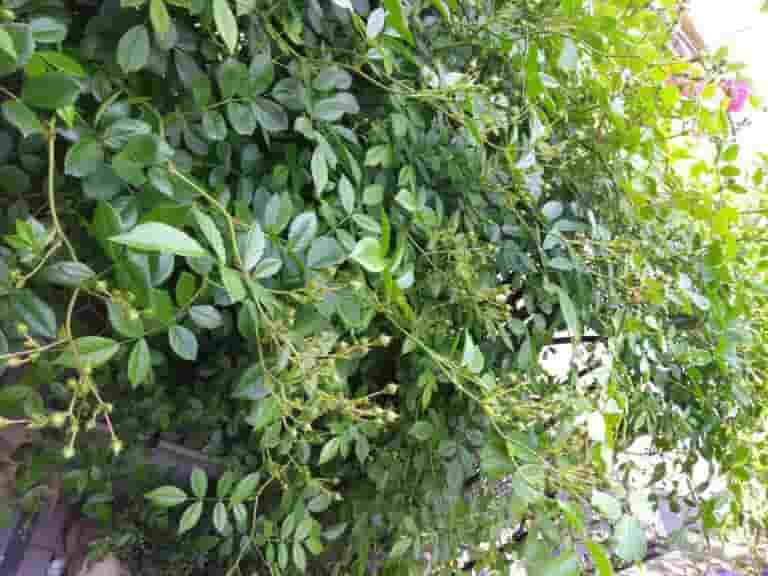 By this time, I can’t help but look forward to it.
Are there few tufts in the early days? You might think, but don’t worry.

Super Excelsa that blooms a little late among the roses.
The time of flowering is fascinating. 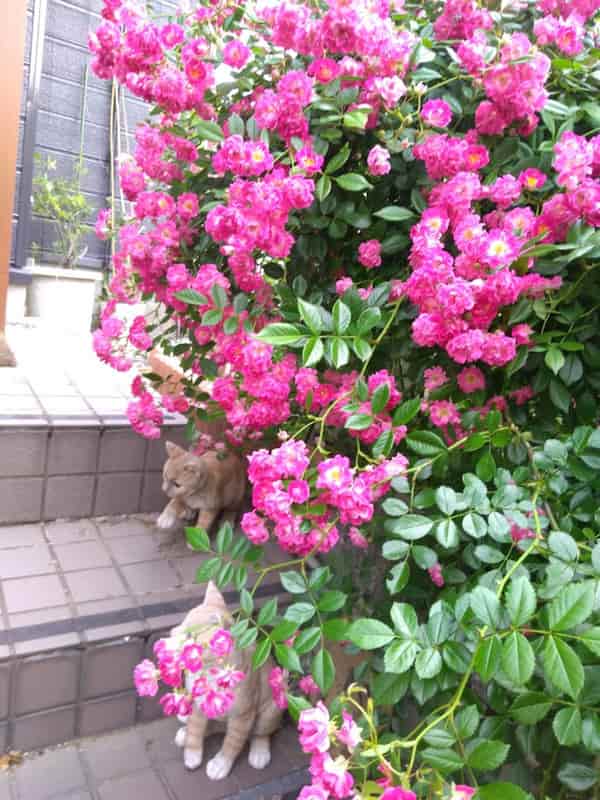 It’s nice that it hangs down a little from a high place. 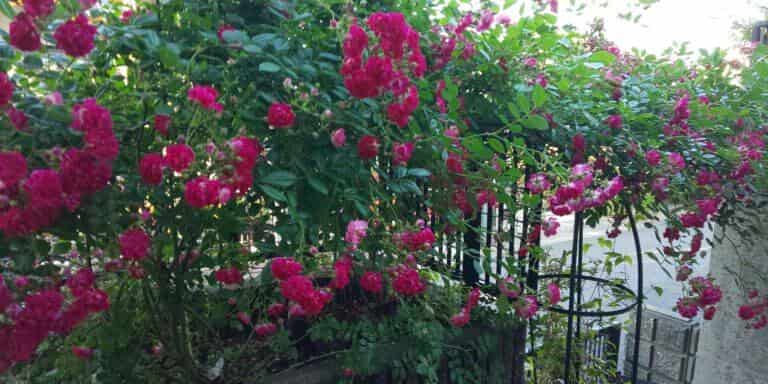 If it hangs down like this, the hidden main stock part seems to hurt, but it is strong without getting sick.
We can’t see everything from the outside because the gate is closed, but we can still hear compliments.

This is a video taken because a carpenter bee came to play.