At my home, which is a little elevated
The roses bloom late, so now they just start to have buds …

Meanwhile, the trailing lantana bloomed as if it hung down on the outer wall.

When I bought it, it looked like it had died with a short branch of 10 cm.

The photo below is the first year

Growth is still slow. It blooms from spring to autumn, but in warmer regions it blooms until the end of December. 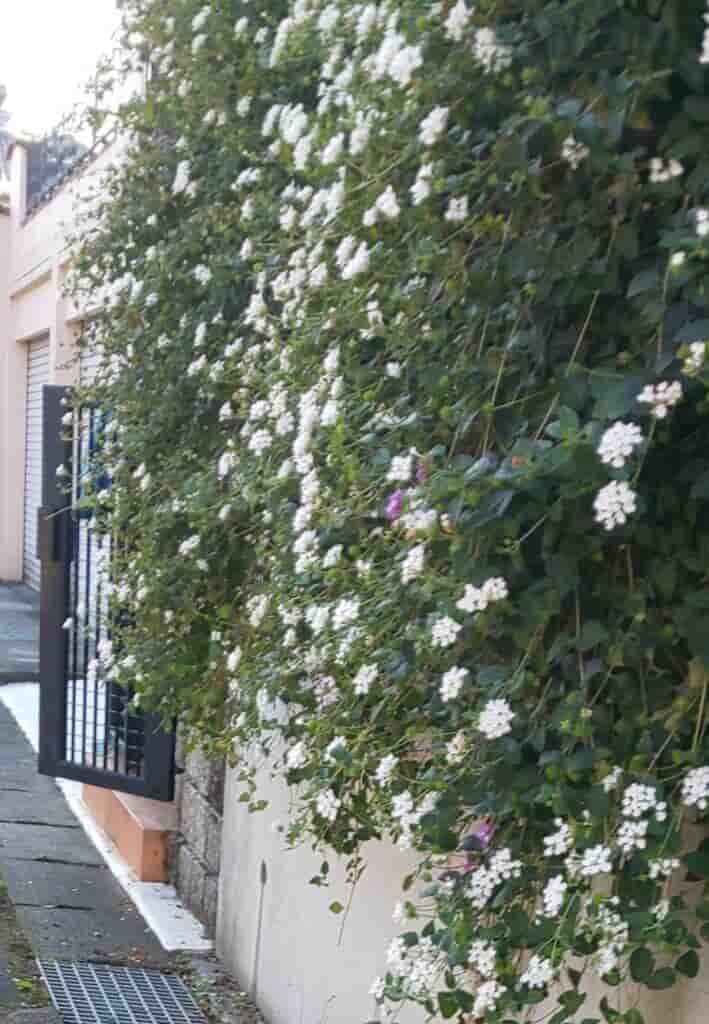 The beauty of Kobano Lantara is praised.
I’m rumored about our flowers from the window of my house. 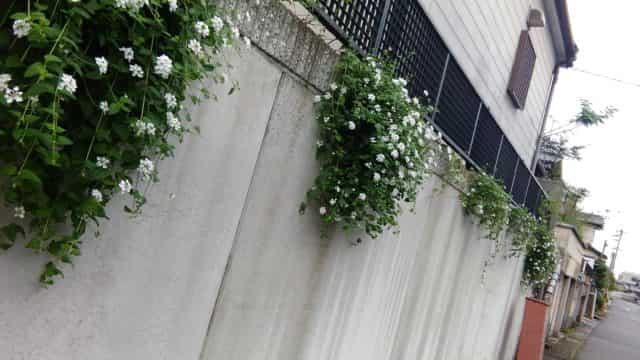 This photo is 2 years and several months after planting.

It has grown to a length of about 3m.

It has grown even bigger in 4 and 5 years. 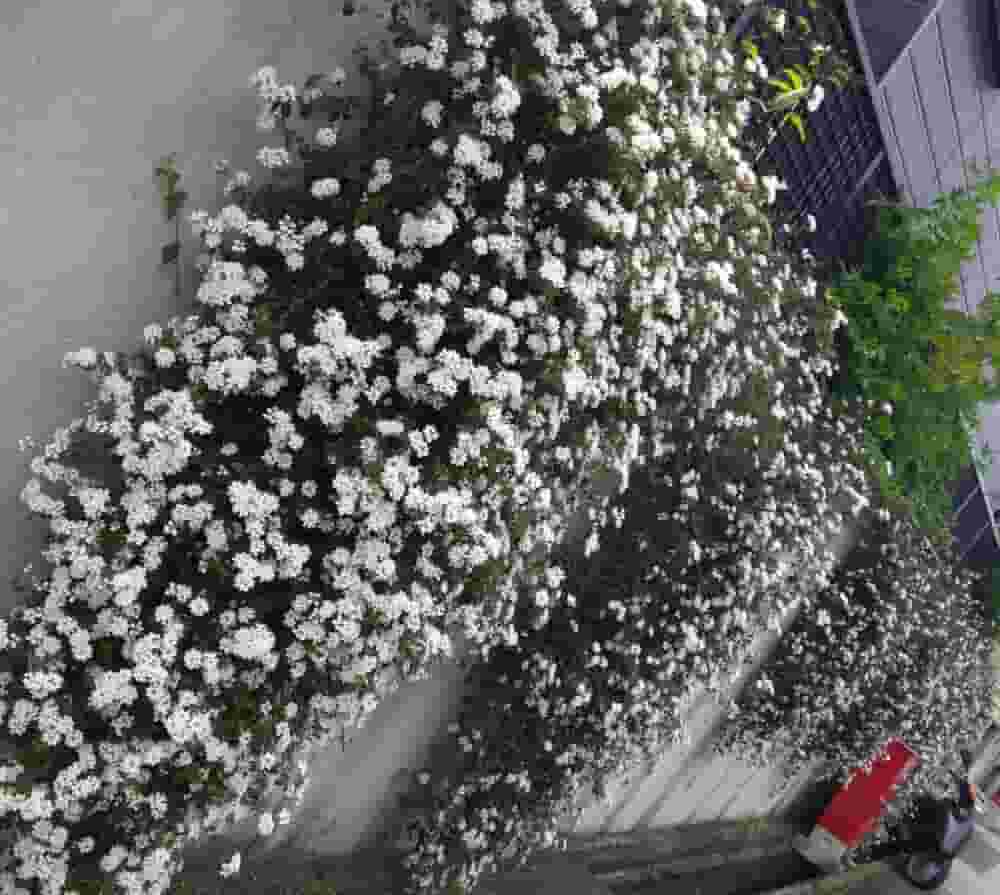 What kind of flower is Lantana montevidensis?

Lantana montevidensis and Lantana are of the same strain, but different types.

“Lantana montevidensis" is not only hot but also cold.

How to grow trailing Lantana montevidensis

Lantana montevidensis is a flower that anyone can easily grow.

Moisture, nurturing, nothing hard.
If you want to grow big, please grow it in the ground.
It will grow significantly in a few years. 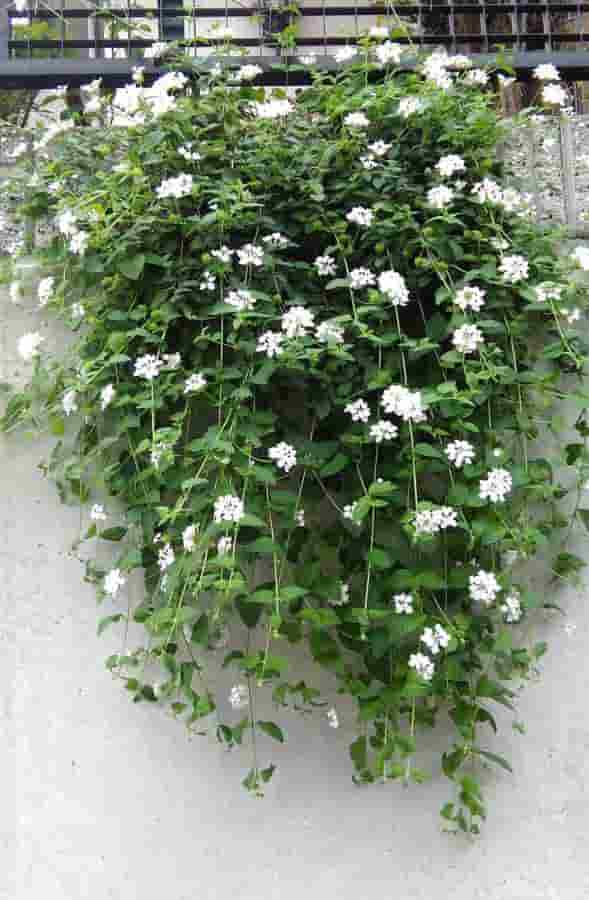 ↓If you want to grow the flowers well like this, it is recommended to cut the floral pattern a little or prun it a little after flowering.

By doing so,It will be better with flowers at the next flowering. 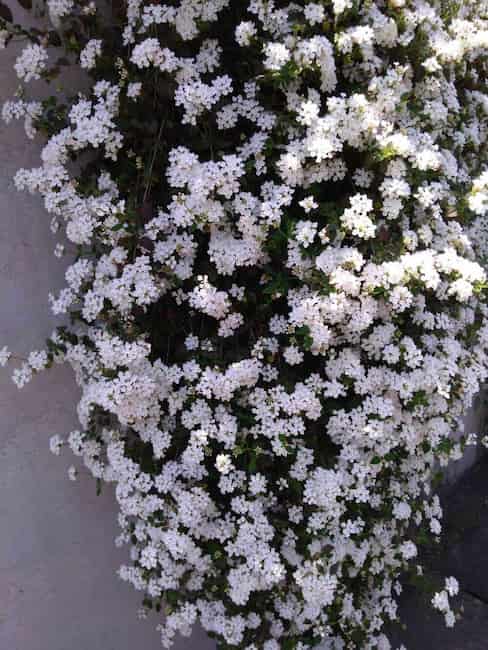 The perennial trailing lantana blooms all year round.

But it is better not to give too much fertilizer.

If it becomes overnourished, it will only grow and the flowers will not bloom, resulting in a small number.
In my case, I give fertilizer only once a year in winter or spring.

My house is in central Japan so it’s relatively warm.
It snows once a year for only one day.

If it grows after the third year, it’s a good idea to cut it in half before winter.
Since my house will be over 3m long, I will prun it to half the length before winter.

It is Lantana montevidensis around 2018.

The still small trailing lantana is about two years old.

Now it’s grown even bigger and bigger than this video.

I will update it at the next opportunity.

I would be grateful if you could bookmark it.